Music is a strong motivator 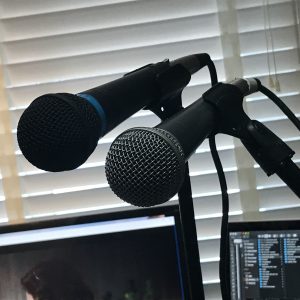 I’m very passionate about music. I love listening to it and I love creating it. I’ve long has a Sonic Vision for my own music that is on the verge of release.. and over the course of this entire project I will be recording and releasing more and more music. I will be going by~ both~ M. Scott Ault and 6EX where “6ex” refers to the Sixth Extinction that we are currently facing.. and which will impact humanity in a deep and upending manner.

I estimate releasing two albums throughout this project with each album being precluded by three or four “EP’s.” An ‘EP’ is considered an ‘extended play single’ that would hold anywhere from 3 to 5 tracks, some of which would be re- edits of the lead track.

Releasing EP’s to start with allows fro greater Public to Artist interface, increased audience growth, and easier/ shorter goal attainment. If and when Crowdfunding options are examined, the funding project time frame is shorter and easier to see conclusion and, ideally, success. But all that is theoretical and background noise.

The sonic vision I have had takes inspiration from Folk Rock, Punk Rock, and Industrial musical genre(s). While I have been playing mandolin and spouting out various lyrics of angst and agression through the years it’s only been recently that I’ve really ventured forth in to my vision and musical creationing.

My recording equipment is fully portableStarting with my Macbook Pro as a Laptop Based DAW.. I’ve picked up two cool Electric Mandolins and a few needed effects pedals.. I’ve also added a Short Neck Bass Guitar.. all instruments I’m well acquainted with. On top of that, I’ve got a few cool keyboards– the MicroKorg and three Volcas (Beats, Keys, and Sample) AND I’ll be adding in one or two more iPad Minis for App Based Music fun and games.. all pumped through my Bheringer 12 chanel mixer that I can use live or memorexically!.. I’ll be able to Sample, Mix, Record, and Release from almost anywhere on the surface of the planet!

mscottault · The World in a Day